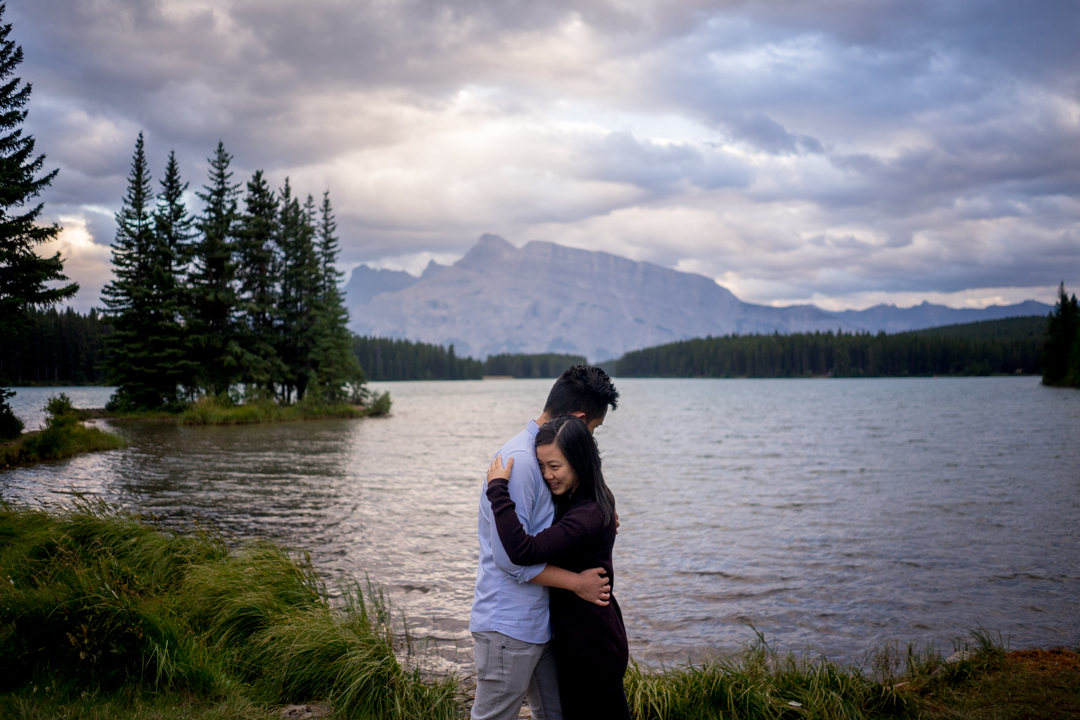 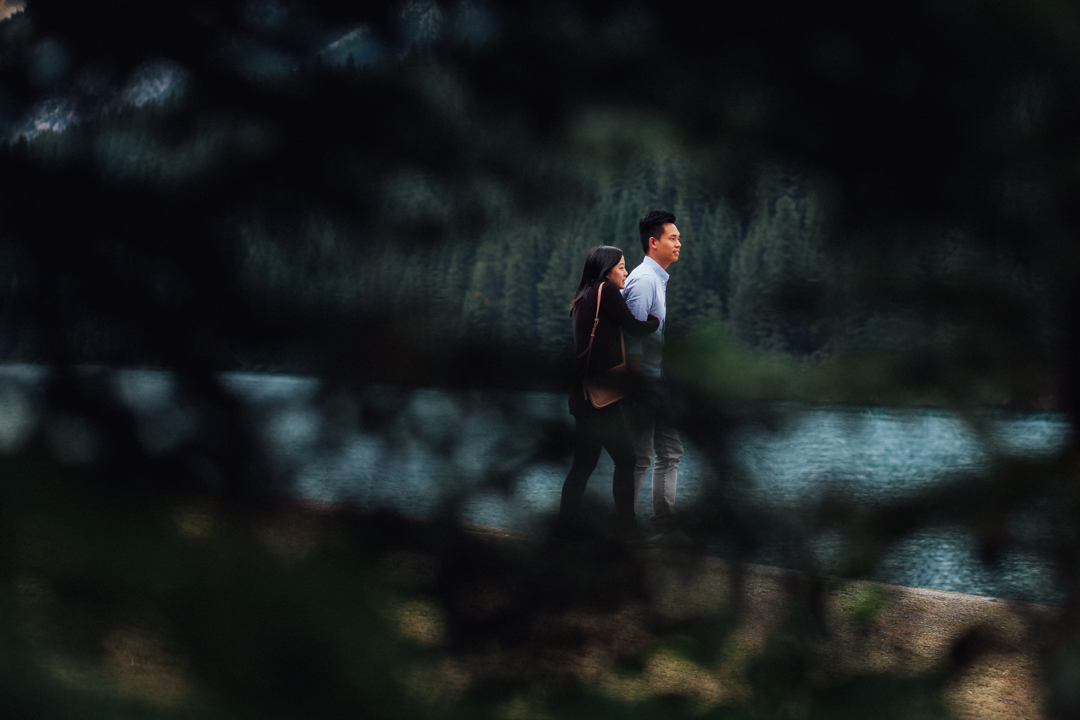 Being so close to the Canadian Rocky Mountains, it’s so easy to take them for granted. You often forget that people from all over the world travel to Banff to take in their majesty and splendor. For a Banff destination photographer it’s always amazing when couples reach out to you from all over the world so that you can capture their special moment they planned in the Rockies.

That’s exactly what happened when I was contacted by Ken, who was from New Jersey, USA. He wanted to make a very special proposal to his sweetheart, Melissa and wanted it to be captured so they would have those memories forever. When Ken reached out to me he knew exactly what he wanted. The only problem was it during Banff’s busy tourist season and everywhere was bound to be crowded. This is one thing you have to be very conscious of as a Banff destination photographer because there’s nothing worse than having a beautiful moment ruined by dozens of tourists in the background. So, after thinking about it, I proposed the slightly less popular Two Jack Lake for their proposal and I had happened to have visited the site a couple of weeks prior during the time Ken was thinking of and thought it would be ok. And to be honest, it was kind of perfect. There were very few people around and the location I directed Ken to “pop the question” was completely deserted – what luck! I think Melissa may have been on to him (because of what they told me after) – she kept on wondering why he was acting so strangely, and that’s when Ken got down on one knee! Despite suspecting it was coming she couldn’t hold back the tears and be completely overwhelmed with emotion. It was beautiful.

It’s moments like these… these heartfelt, emotional moments that seem to give a deeper meaning and beauty to the splendor of the surroundings. This is one of the reasons I truly love being a Banff destination photographer, it gives people a gorgeous and perfect backdrop for their most special moments! 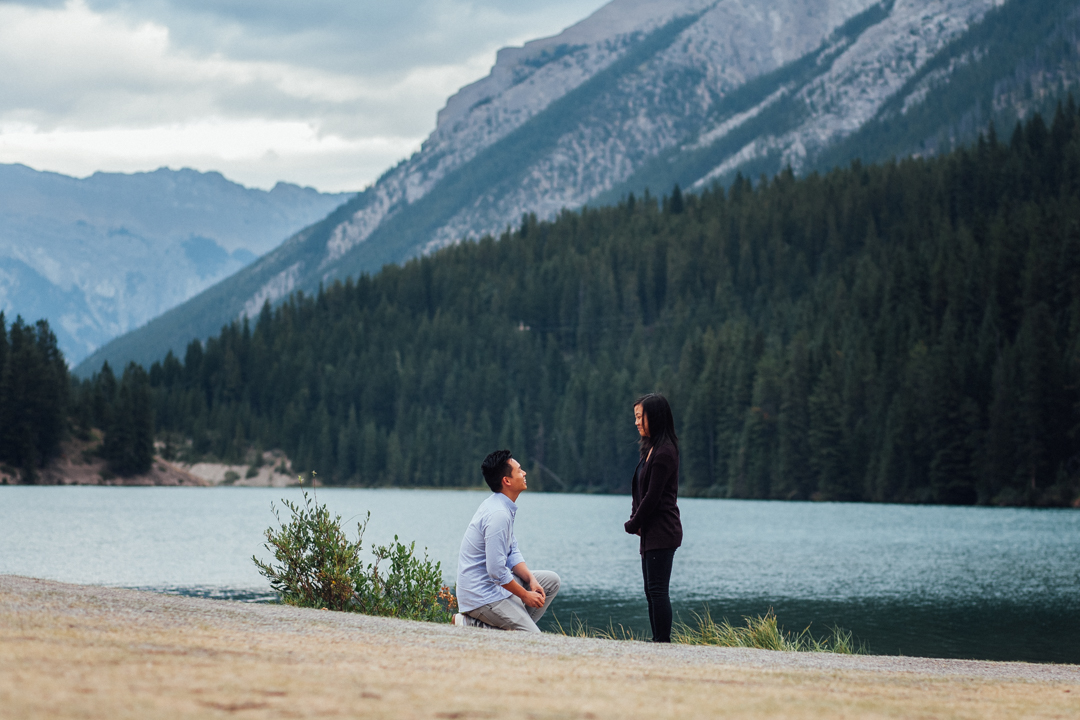 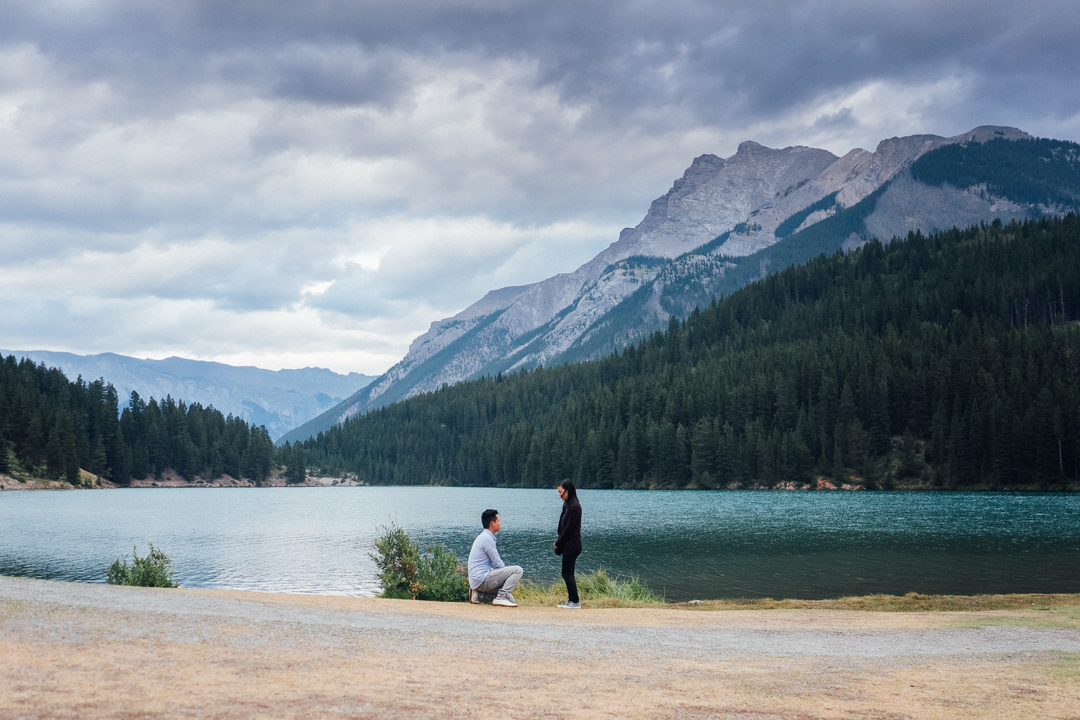 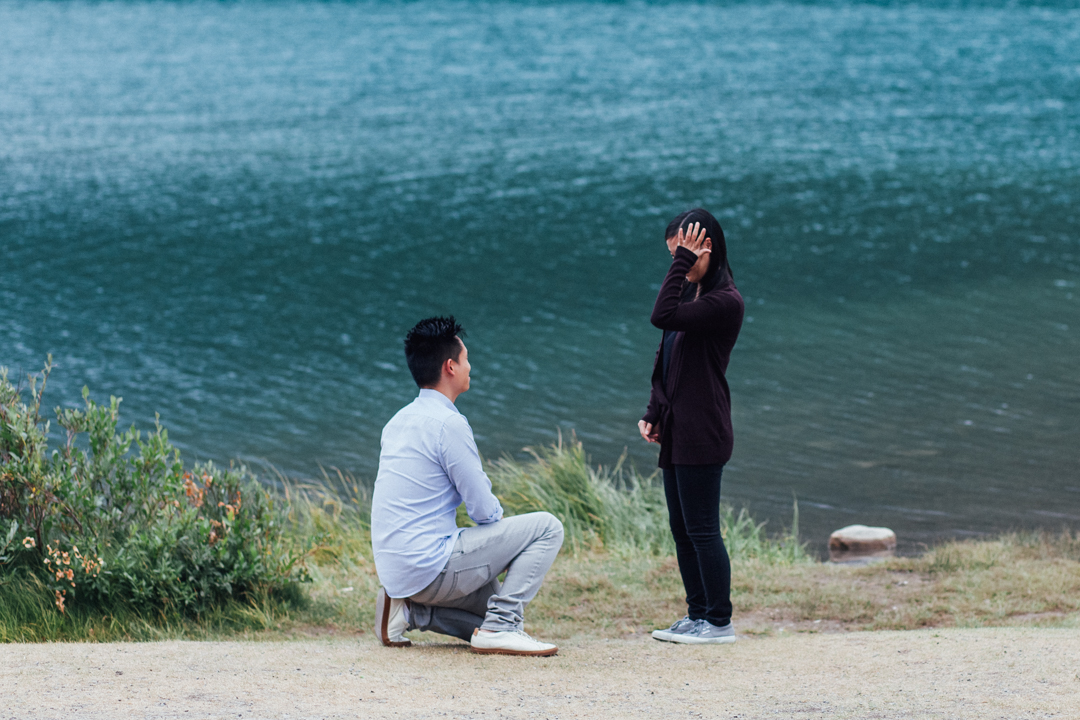 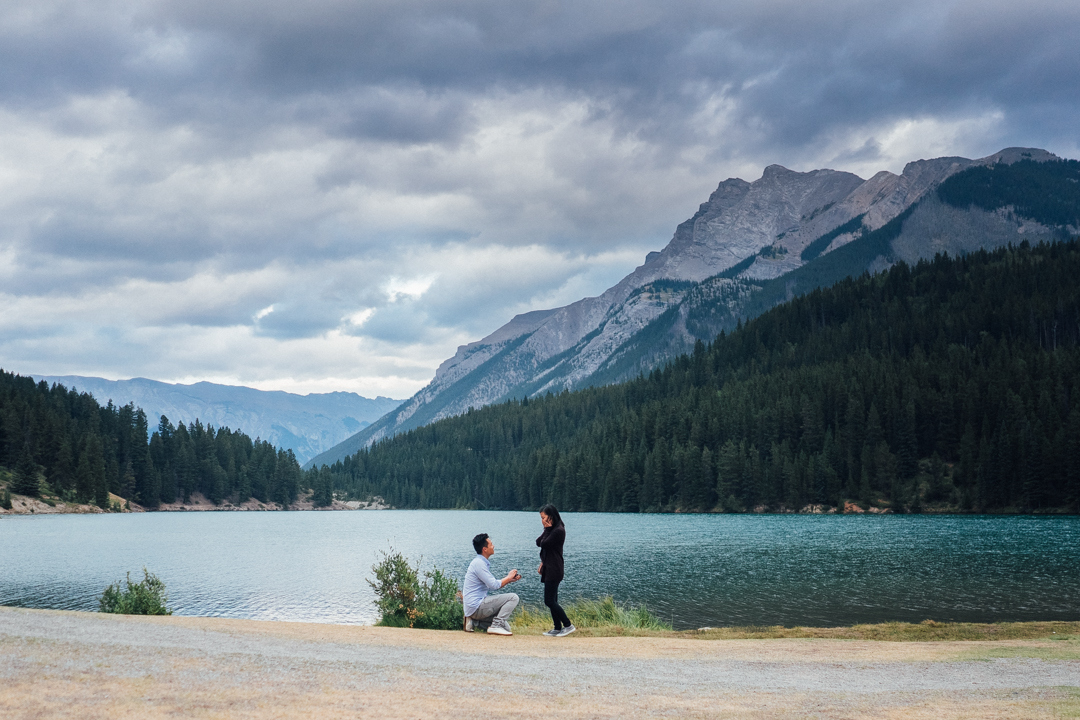 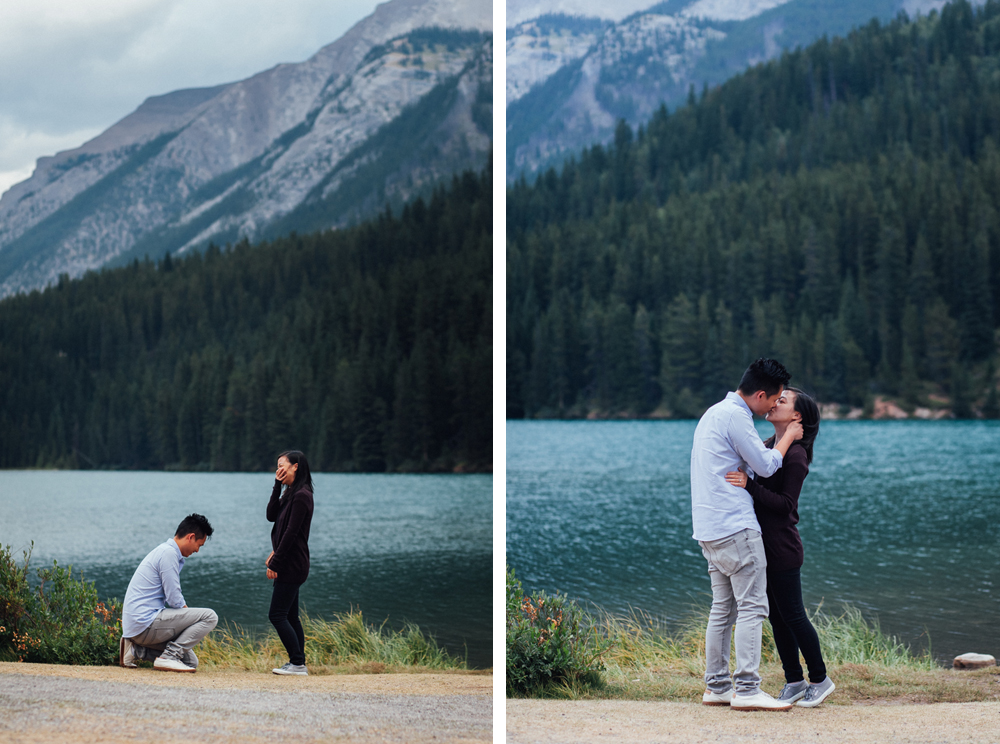 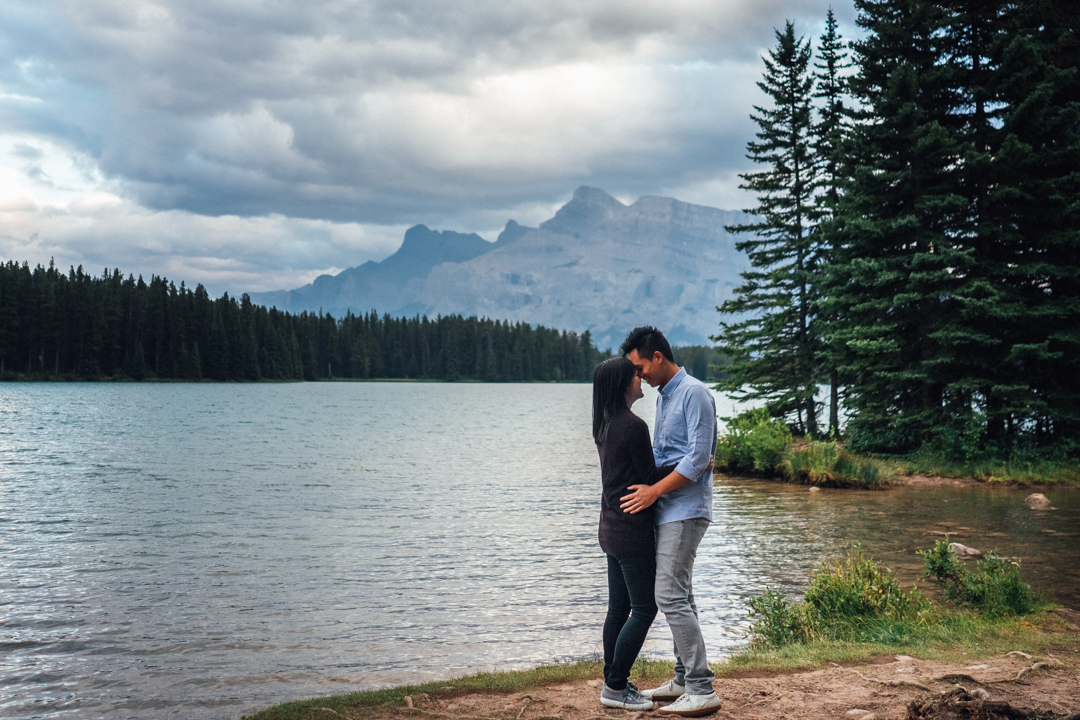 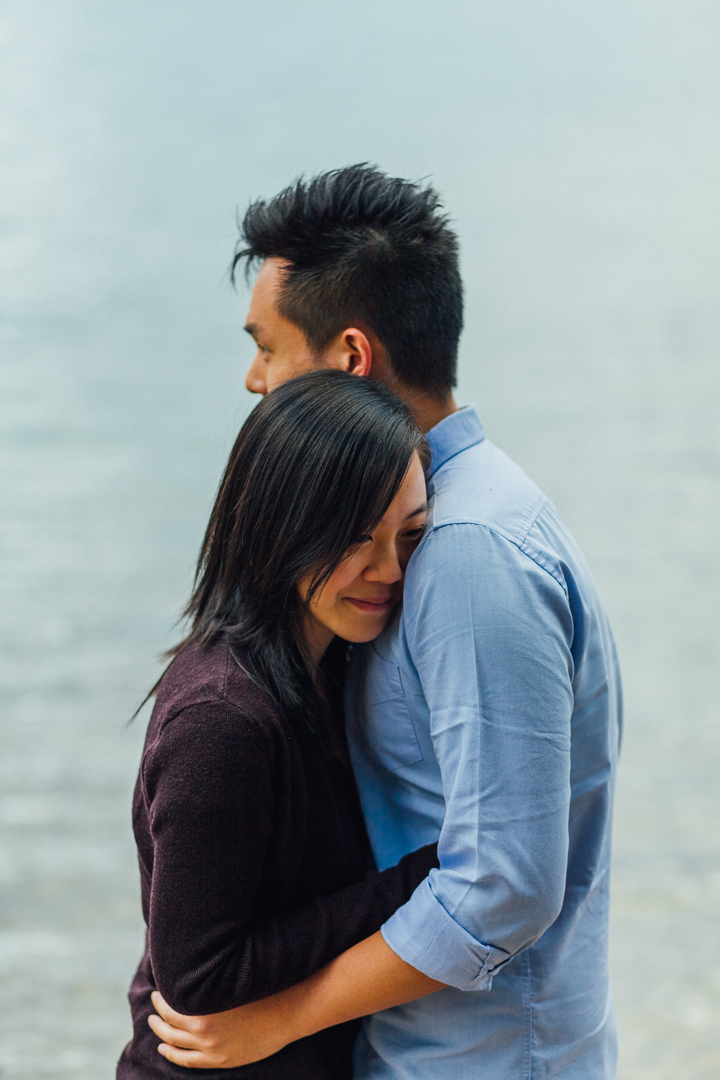 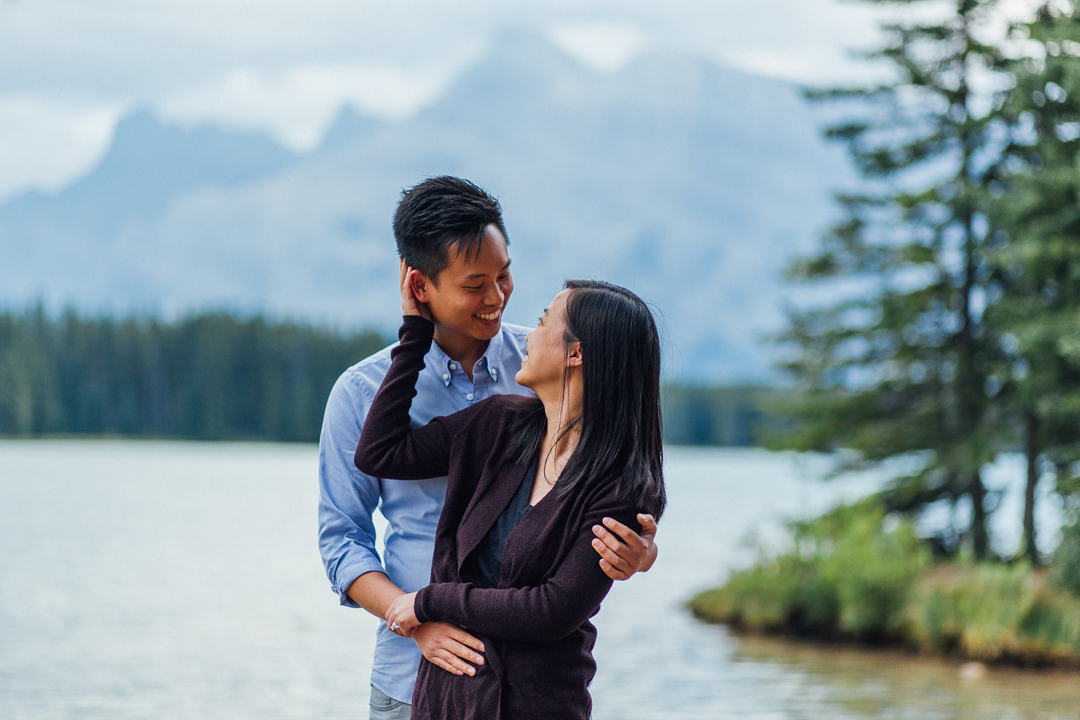 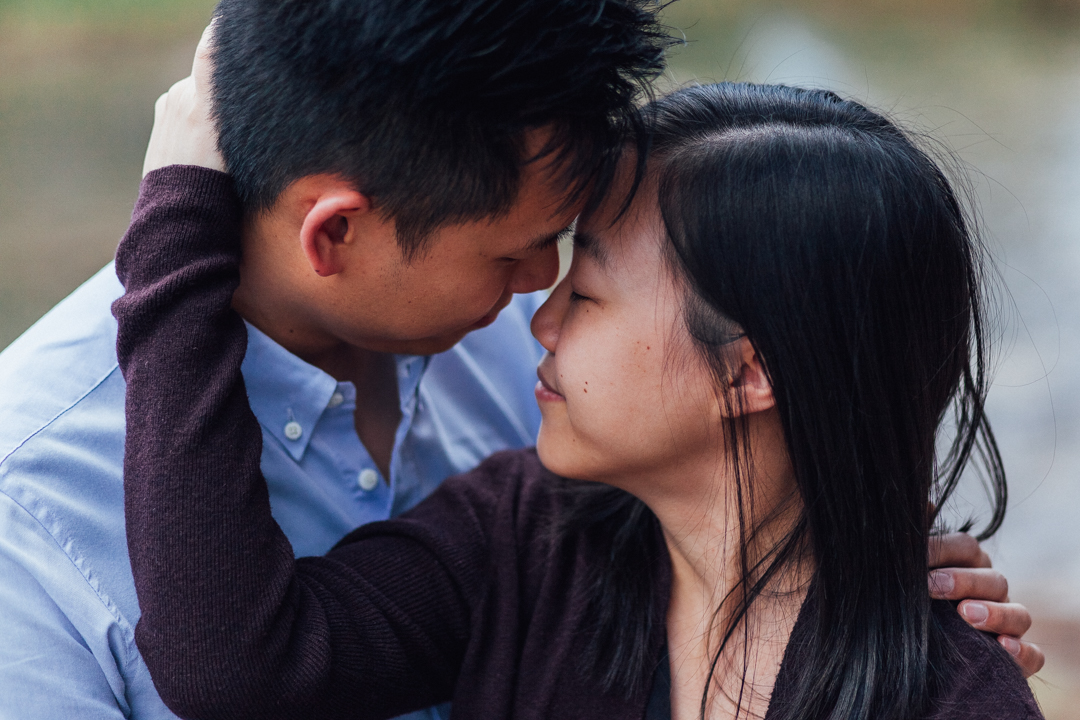 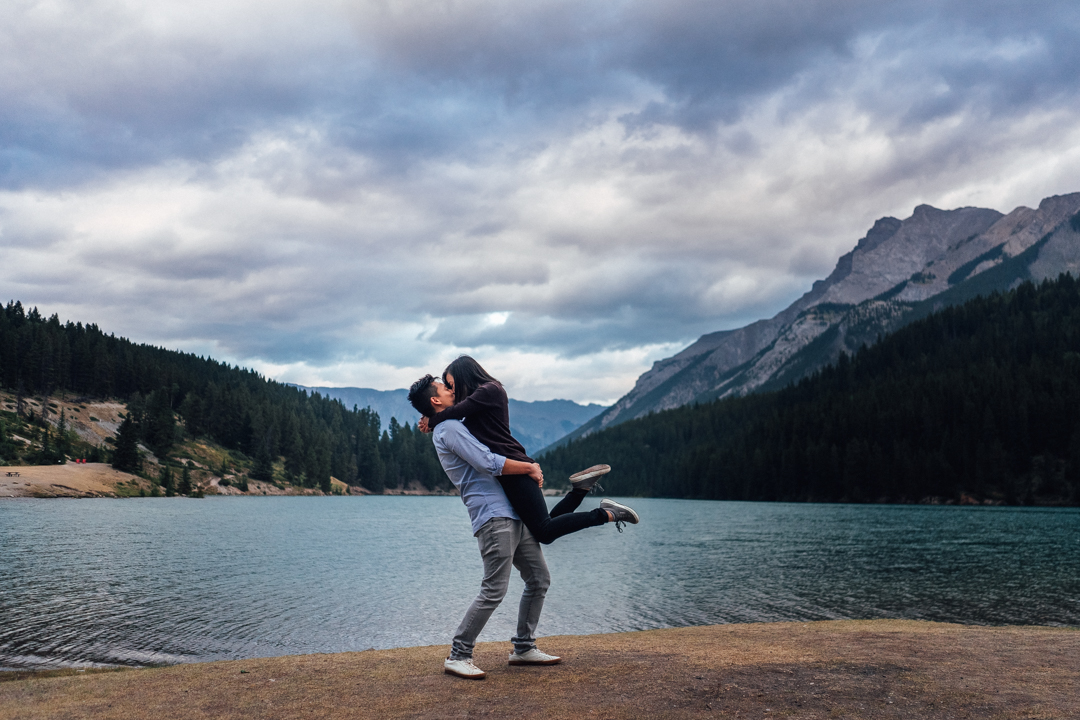 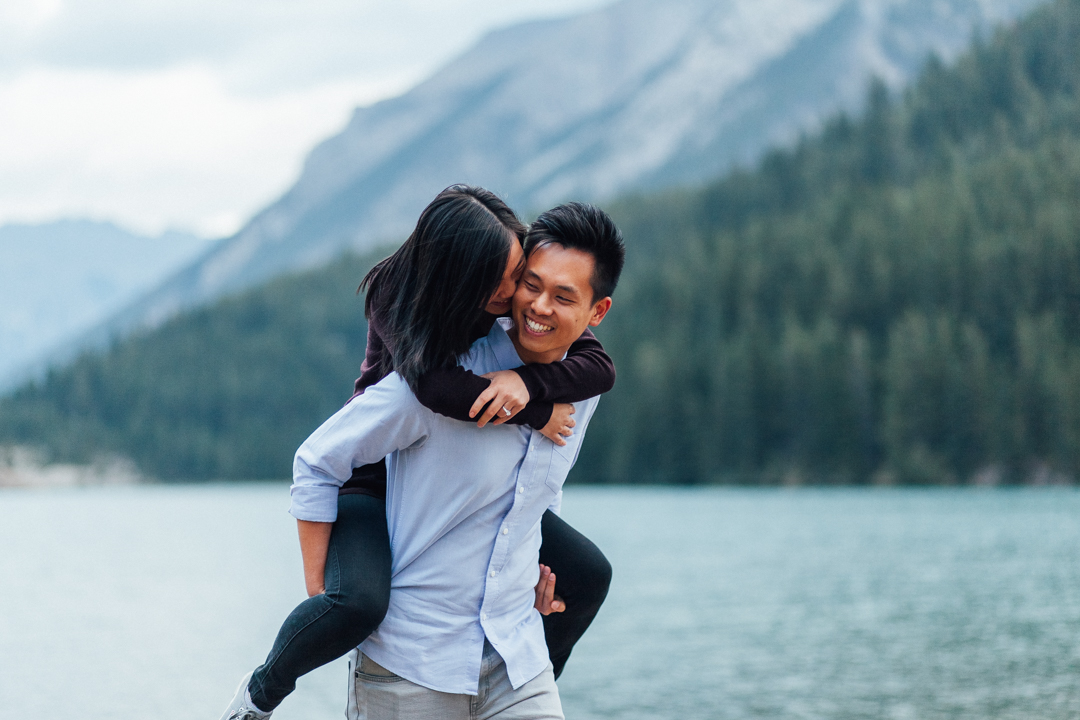 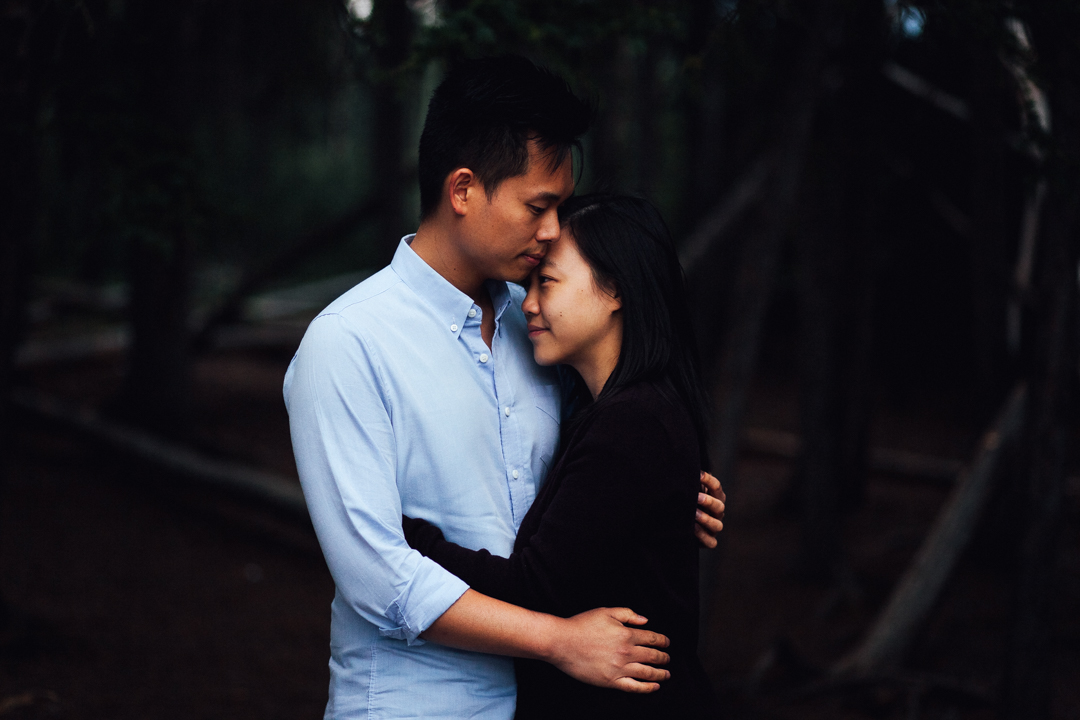 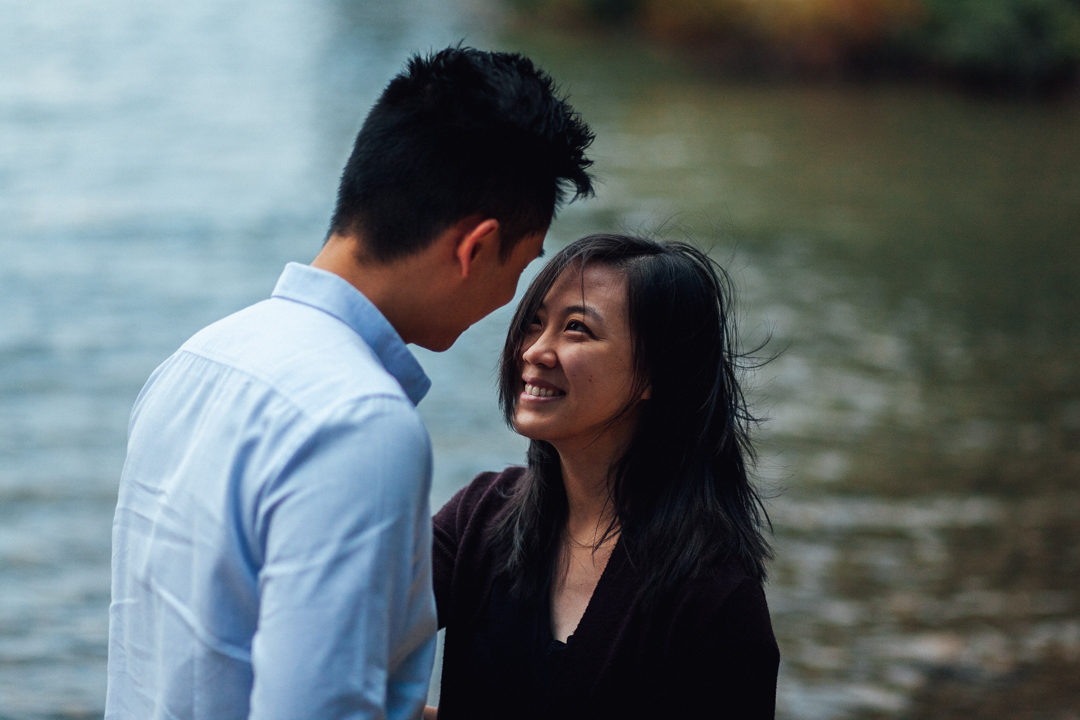 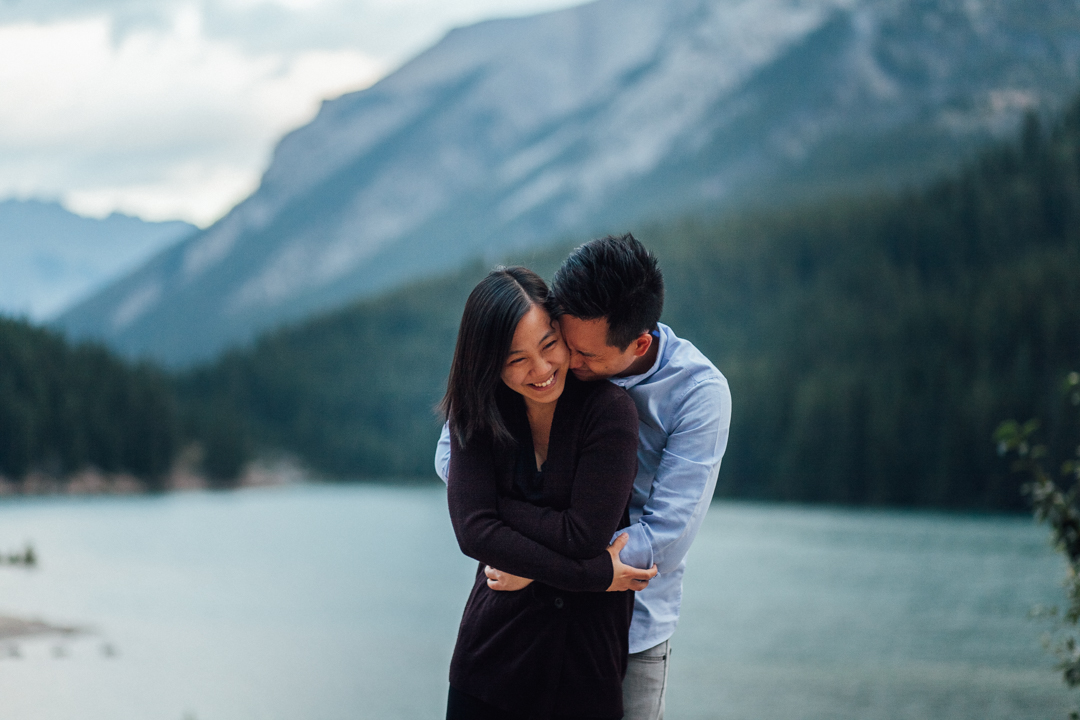